2018 List Of New FM Stations Testing Transmission In Ghana, Parrot FM Is Back

In some months to come, Brong Ahafo, Ashanti, Western Regions will experience new radios breeze 360 with the launch of new FM radio stations in the regions.
There are over 17 new FM radio stations on MyTuneIn.Com's list with which about 3 have started test transmission about 2 weeks ago.
Ashanti Region
In Ashanti region, out of the six stations on MyTuneIn.Com's new radios breeze 360 list, an Asokwa-based Orange 107.9 FM have started official test transmission ahead of real programming leaving Oseikrom 91.9 FM, Bosuo 106.3 FM, 94.3 MHz 89.1 MHz and 91.7 MHz. Orange FM operates from the Kumasi City Mall with state-of-the-art broadcasting equipment, no wonder the station sounds loud and clear. The remaining three are yet preparing to start their official test transmission. 94.3 MHz will operate from Offinso while 89.1 MHz and 91.7 MHz will operate from Kumasi.
Six Strings Media Limited are the owners of Oseikrom 91.9 FM and Bosuo 106.3 FM set to start test transmission soon in Kumasi. The two stations have been equiped with high quality broadcast equipment and with their well-designed programs, the 'flood gate will be opened', guess what will happen in Kumasi; Six Strings Media Limited is gonna take over. Update will be given on any new development, MyTuneIn.Com assures it readers. 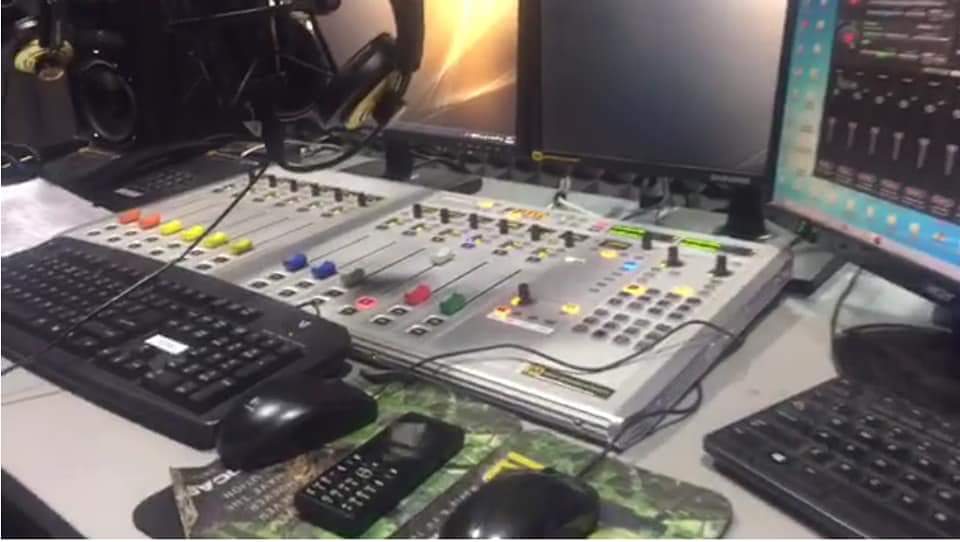 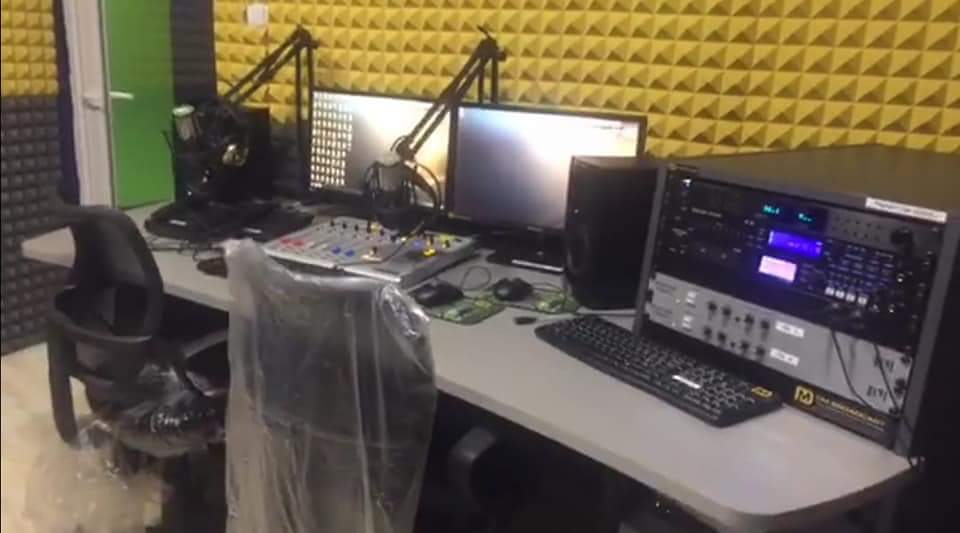 Oseikrom 91.9 FM - Production
Brong Ahafo Region
The growth of radio business in Brong Ahafo is bringing in more stations making the competition so tight, MyTuneIn.Com has learnt. Prophet Kwarteng's Heaven 97.7 FM was the recent station in Sunyani before Prophet Obofour buying the ears of the people of Sunyani and its environs with Cash.  Cash 93.9 FM is your new station in town testing transmission. Aside Cash FM, 92.5 MHz has also started its official test transmission in Wenchi making it two in Wenchi. Royals 104.7 FM has operated for about 19 years (1999) and has been the only station in Wenchi until now. 92.5 FM is On Air with extreme quality broadcast equipment and it is set to take over in Wenchi and its environs.
On MyTuneIn.Com's new radios breeze 360 list is SPoly. Sunyani Technical University (SPoly) will suprise the people of Sunyani and Brong Ahafo the only Parrot in Brong Ahafo, Parrot FM this month. Yes Parrot FM is back! Parrot FM was officially authorised in 2016 to operate on 99.7 MHz as our CEO, Nakadif, reported on facebook about 2 years ago. It will operate from the land of SPoly to inform, entertain and unite the people of Sunyani and its environs. It's A, K, O, AKO.
The rest on MyTuneIn.Com's list starting test transmission are Golden City 104.9 FM, 107.5 MHz, 104.3 MHz, 101.1 MHz and 101.3 MHz. There will be three campus FM radio stations in Sunyani; Greena 95.9 FM - for University Of Energy, Parrot 99.7 FM - for Sunyani Technical University and 101.1 MHz - for Catholic University College. 101.1 FM is preparing to start its official test transmission.
Golden City 104.9 FM, a sister station of Akonoba 102.7 FM in Sunyani, will be the sixth station in Berekum after Akomapa 89.3 FM, it is set to start test transmission soon. Golden City will operate from Opanin Boabang's building (Old Chris FM) which is opposite Adwenpa Plaza at Berekum main station. The station is own by Mr. George Atta-Boateng, CEO of CediLife Tech Inc and former Director General, and National Co-ordinator of National Information and Tecnology Agency, and the Computerize Schools Selection and Placement System (CSSPS) at the Ghana Education Service, respectively.
The two of Brong Ahafo's final three on MyTuneIn.Com's list are 104.3 FM and 107.5 FM, they are set to start their test transmission in the coming months ahead of their programming. Both are own by different CEOs and will operate from Sunyani, the regional capital.
Kintampo will experience the new radios breeze which started early this year with the launch of 101.3 FM, the last of Brong Ahafo's final three on MyTuneIn.Com's new radios breeze 360 list, in the Eastern part of Brong Ahafo. The station is set to start soon its test transmission ahead of programs which will be broadcasted in Akan.
Brong and Ahafo watch out! 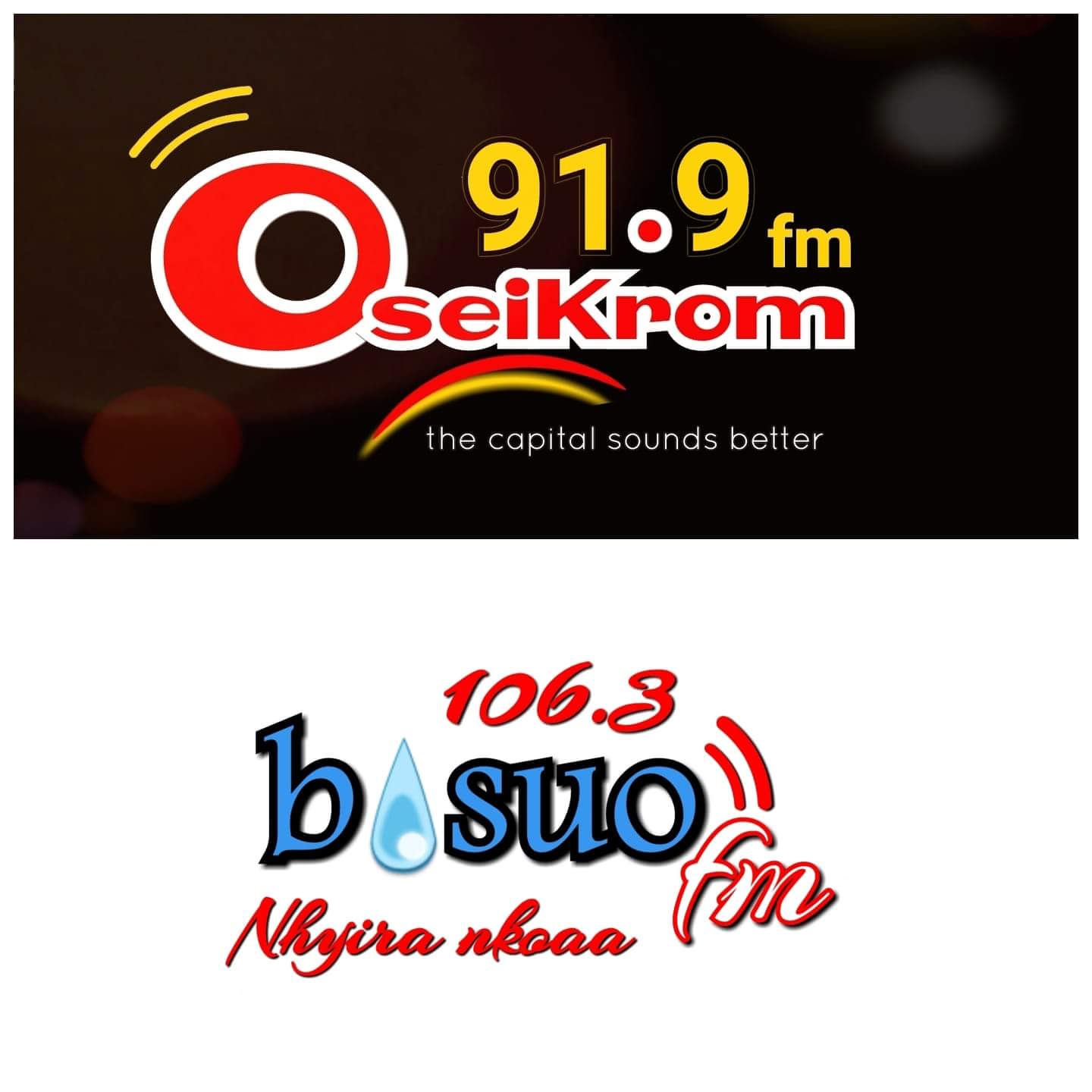 Western Region
Western region, the region with the highest number of radios in Ghana has about 84 authorised FM radio stations in the region. There are many stations amounting to about 10 are set to start test transmission in the region but on MyTuneIn.Com's new radios breeze 360 list, we have only three to talk about in this article. They are 101.5 MHz, 91.7 MHz and 93.9 MHz. 91.7 FM will start testing its equiment and coverage any moment from now up to the end of last quarter of the year from Asankragua.

The new radios breeze 360 will touch down at Takoradi to test transmission of 101.5 FM. The station is set to broadcast high quality programs specially designed to put the station at a higher niche on the market.
Agona Nkwanta, are you guys ready? Are you ready to feel the beatz? 93.9 FM is your new radio on wheels specially programmed to entertain, educate and inform the people of Agona Nkwanta and its environs. People of Agona Nkwanta, watch out for the new beast.
That's all for now. MyTuneIn.Com will keep you updated on any new developments.
Keep reading exclusives on MyTuneIn.Com and don't forget to contact us if you need Project Study Report (Required By NCA), FM Transmitters, Antennas, Cables, Mixing Consoles, Internet Radio, Microphones, and accessories. Call or WhatsApp us on +233242112153
Tweet
Share
share with Whatsapp
share with Telegram